God’s own what? Well, country it is when you finally land on the shores of Kerala and enter Kovalam that’s portrayed as Eden’s land. What makes it so special to be called like this? There’re reasons aplenty for the view is simply panoramic and beaches of absolute serenity making the land a zone of tranquility, and the urge to come back is so strong that you wouldn’t mind planning another vacation some time soon. 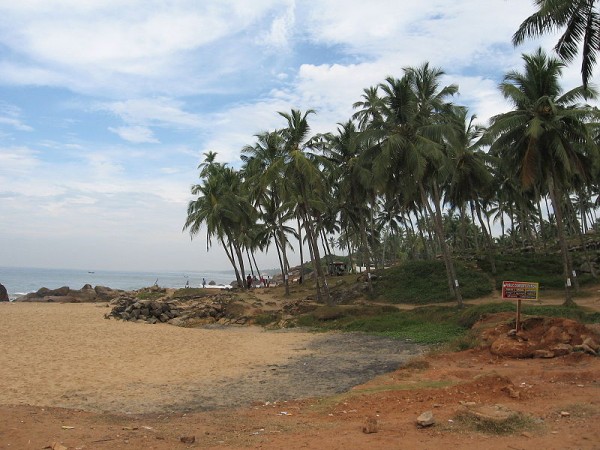 Surrounded by coconut tree groves, the place was highlighted even more when Travancore’s Sethu Lakshmi Bayi, the Maharani, ordered for building the beach resort here and thus Halcyon Castle was built in1920. Over the years, the popularity grew and people slowly flocked the place and now is considered to be a major destination spot for tourists.

Labeled as small as a fishing village previously to the enormity of labeling itself now as a popular beach destination, Kovalam today has traveled many a paths in the way of Indian tourism. There’re 3 beaches that speak very high of themselves and are dominant to tourists who visit here every year. The place is surrounded by admirable beauty with lunate water bodies, rocky terrain, palm tree groves and the shallow clean waters that make an ideal destination for any tourist longing to break away from his/her daily hectic routine, and yes Eden’s land indeed.

Lighthouse Beach’s the biggest beach that stands as a tall 35-meter light house atop Kurumkal hill. The beach lies at Kovalam’s southernmost corner. The beach gets its name because of Vizhingam Lighthouse that’s situated there. Nights cannot be spent better with occasional or frequent lighthouse beams spreading through the calm beach waters and serves as an ideal location to get poetic. 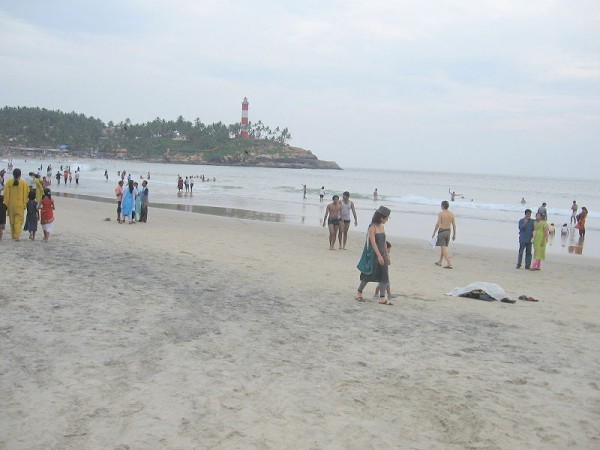 Secondly, there’s this Eve’s beach or simply the more popular name for it, Hawa beach. This is the 2nd biggest beach and quite beautiful too. A stone separates the Hawa beach from Lighthouse Beach and is called Edakallu or simply in Malayalam a ‘rock.’ The beach is serene and is much cleaner compared to others.

Thirdly, the Ashoka Beach separates itself from Hawa Beach through a rock. Halcyon Castle is situated on the Hawa Beach. Uniqueness of this place is the sight of rocks. There is a private beach at Le Meridien. Ashoka Beach might be losing its popularity due to the dirty beaches and talks are on for cleaning it up for attracting more tourists in the near future.

As you take a walk along the beach pathways, you relive some lost moments as the ambience is just perfect. After a while, you’d be seeing Samudra Beach. The North end of Ashoka Beach houses the sea wall and you could get lost when the mighty waves hit the rocks splashing water surrounding it showcasing all its might and brilliance.

Another important point to be noted while surfing the mystic Kovalam beaches is taking care when swimming or boating. Water bodies anywhere enchant anybody to get near it and you should be really careful embarking on such journeys. There’re certain essential rules to be followed before doing so and areas flagged red should be avoided. Attention must be given to small details like these as travel can sometimes go bizarre welcoming untoward incidents.

A boat ride by a professional also makes one feel the monsoon. As for late-night partying, there’re reasonably nice night clubs, and if you need an ayurvedic massage, you can never get a better place than the ones found here.